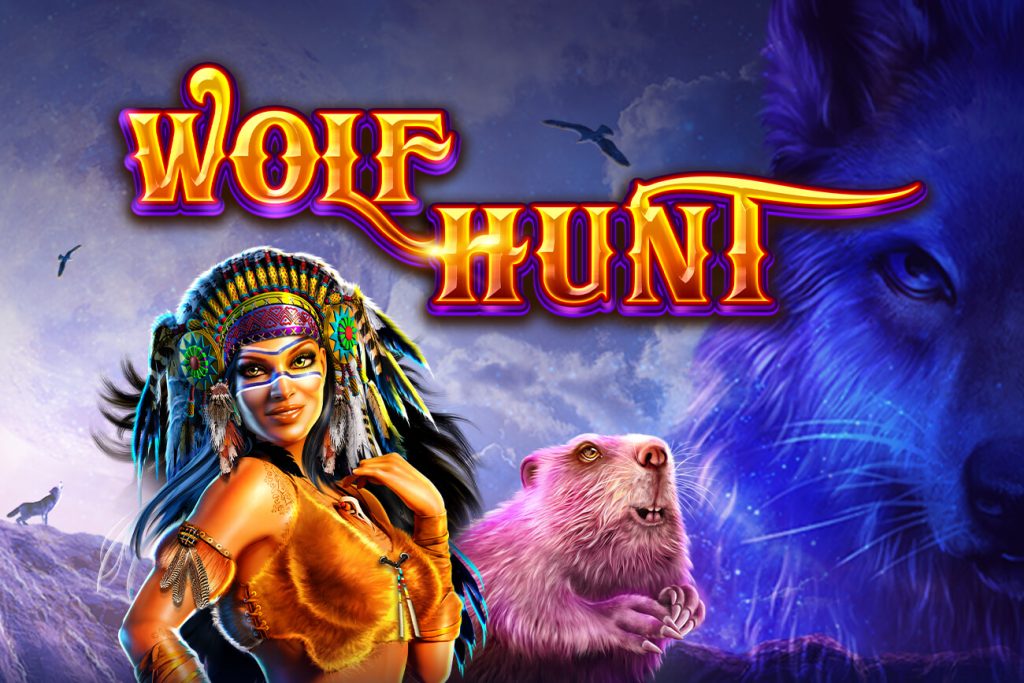 Venture into the uncharted wilds of the old American northwest with Wolf Hunt from GameArt! This 5-reel, 25-payline slot is set in a vast mountainous land, home to native tribes and all kinds of wildlife including deer, beavers, eagles, snakes, and of course, wolves — packs of snarling grey wolves! Come face-to-face with the Wolf Wild, substituting for all symbols except the Scatter and Golden Footprint, and meet the beautiful native girl in a feathered headdress — she’s the bearer of great gifts such as the Scatter; land 3 and you’ll be given 6 Free Spins. In such big, wide-open country it’s fitting that, during Free Spins, reels 2, 3 and 4 spins together as one Gigantic symbol! And, when you land a Gigantic Scatter, you’ll be awarded 3 extra Free Spins — with no limit to the number of retriggers. As a tracker on the trail of the wolfpack, you’ll want to see 6 or more Golden Footprint symbols, because they’ll trigger the Wolf Respins feature. During these, each Golden Footprint symbol displays either a MINI, MINOR or MAJOR JACKPOT. Starting after all win combos are paid, normal symbols disappear and only Golden Footprints remain. Wolf Respins use Special reels, featuring only Golden Footprints and empty spaces. You’ll start with 3 Respins and each Golden Footprint will remain on the reels and trigger more Respins. Fill all 15 positions and you’ll win the MEGA JACKPOT! And, if you’re feeling lucky, there’s a red or black ‘all-or-nothing’ gamble feature, allowing you to double your winnings up to five times. Just don’t forget to keep your rifle handy, because these wolves are cunning.