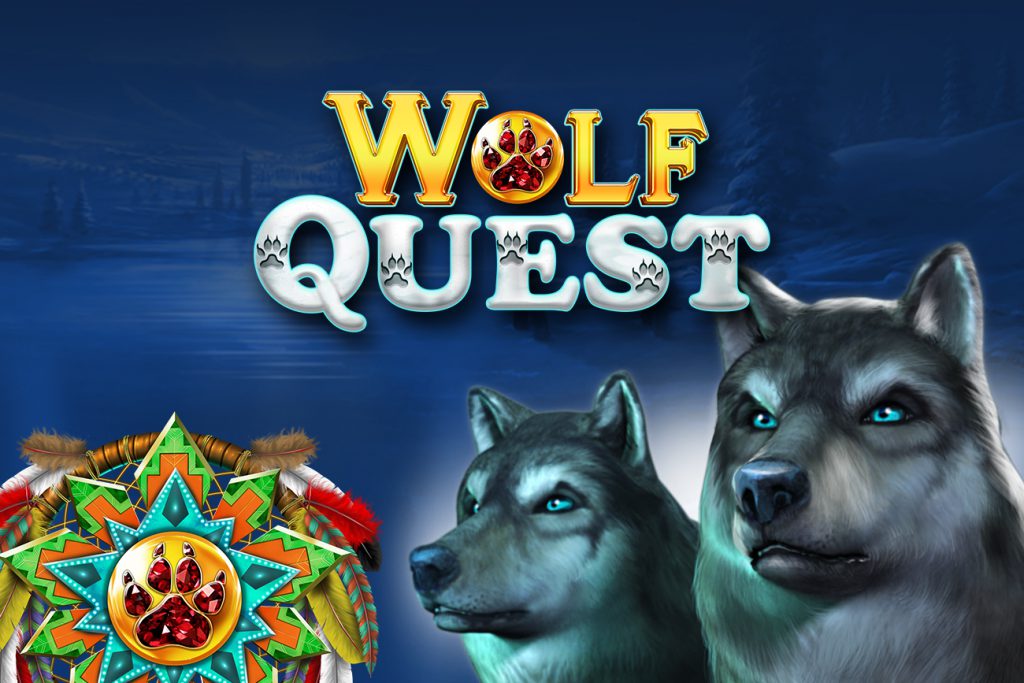 Explore one of nature’s top predators and start your WOLF QUEST journey with twists and turns in this state of the art 50 pay line slot game, with stacked Wolves and wild Moon symbols to heighten your Quest as it unfolds in front of you. Three Shamanic symbols on reels 1, 2 and 3 triggers the bonus feature awarding 10 free spins. During the free spins an extra wild Moon symbol is added to reels 2, 3, 4 and 5 after every completed spin increasing the number of wild symbols for an enhanced chance of big wins. The Bonus feature can be retriggered during the free spins throughout the Quest. WOLF QUEST brings to life the most captivating and mysterious Native American rituals, transporting players to a world of ancient tradition and folklore. The full moon with the howling wolf is the wild symbol, taking the place of any other symbol in the game with the exception of the wolf’s paw. Hit three wolf paws at the same time and you’ll be transported to the free spins bonus round, with 10 free spins to play with and a bunch of additional wilds! Land another three wolf paw scatters during the bonus round and you’ll be handed another five free spins! A symbol of power and luck for many cultures worldwide, the wolf could be your ticket to an impressive payout! In WOLF QUEST, it’s a case of pitting your wits against the great outdoors and seeing what the spirits have in store! Sign up and get started today!