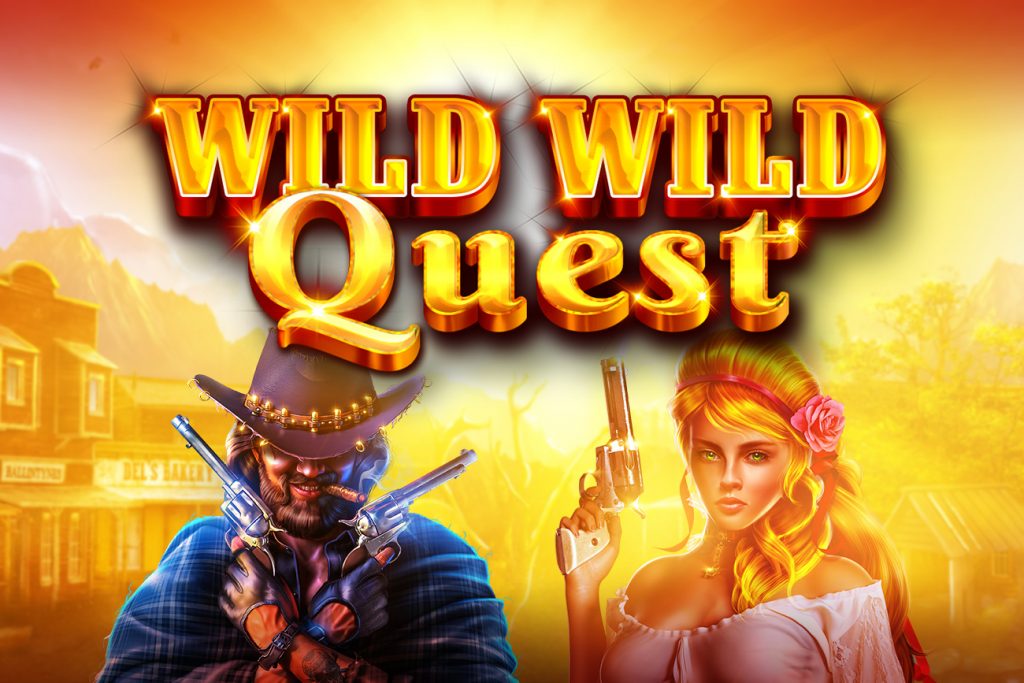 Get ready for gunslinging action in Wild Wild Quest from GameArt! The Bandit has swaggered into town, and he’s got a bounty on his head – can you help the Sheriff put him behind bars? In this one-horse town, you’ll likely find the Bandit in the saloon. But watch out, because you’ll also find the Sheriff’s daughter behind the bar, and she’s Wild — substituting for all symbols except the Scatter and Bandit! When the Bandit makes his appearance, with six or more symbols, it’ll trigger three Bandit Respins – and the saloon will clear, with all regular symbols fading away. The Respins reels feature only Bandits, Prisoners and empty spaces. All Bandit symbols hitting the reels will transform into Prisoners, which remain on screen until all Respins are played. Prisoners can be worth random values, or MINI, MINOR or MAJOR JACKPOTS! Land an additional Bandit symbol and Respins will be reset to 3, and all Prisoner symbols added to the total win. If you manage to fill all 15 positions, you’ll put the Bandit behind bars for good and bag the GRAND JACKPOT! You’ll not be on your own though - look out for the Sheriff Scatter. Land three or more, and you’ll get Free Spins, with all the minor symbols removed. And, if you’re feeling extra lucky, why not take advantage of the Red or Black all-or-nothing card game gamble feature, allowing you to double your win up to five times! Now, load your six-shooter and grab your Stetson, because its time to clean this town up!