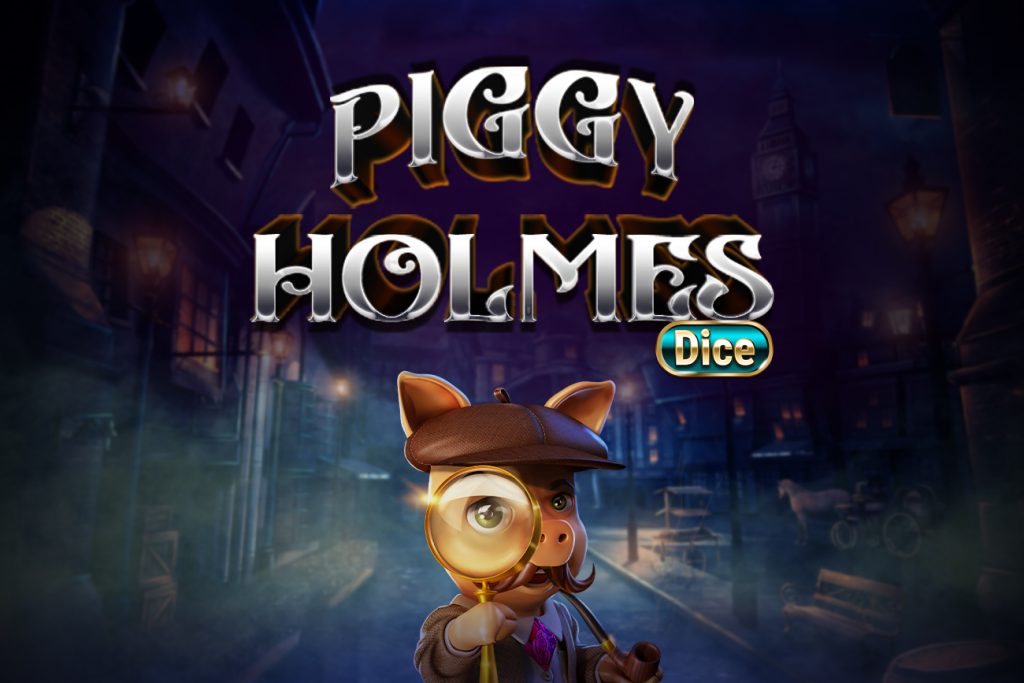 Discover who’s been lying with Piggy Holmes Dice, the debut game in the Piggy Who! series from GameArt. Explore the murky lamplit cobbled streets of Victorian London, as you spin 5 reels adorned with the tools of Holmes’ trade - a magnifying glass, brass-plated revolver, shackles, and of course, a pipe! The Piggy Holmes symbol acts as a WILD, substituting for all symbols except the SCATTER and Golden Piggy Coin. When 6 or more Golden Piggy Coins appear on the reels, you’ll trigger PIGGY RESPINS - with normal reels being replaced by special reels containing only Golden Piggy Coins. MINOR, MINI, MAJOR and GRAND JACKPOTS are available to win, and you’ll start with 3 respins, with all coins remaining on the screen until all respins are played. Every time an additional Golden Piggy Coin symbol hits, the number of respins is reset to 3. Fill all 15 positions and you’ll win the GRAND JACKPOT. Land 3 of the special PIGGY SCATTER symbols on the reels during the base game, and you’ll trigger 6 FREE SPINS. A unique paytable is used and reels 2, 3, and 4 will spin together as one GIGANTIC SYMBOL. When a GIGANTIC PIGGY SCATTER appears you’ll get an additional 3 FREE SPINS - there’s no limit to the number of times you can retrigger. It's elementary my dear Watson, oink!