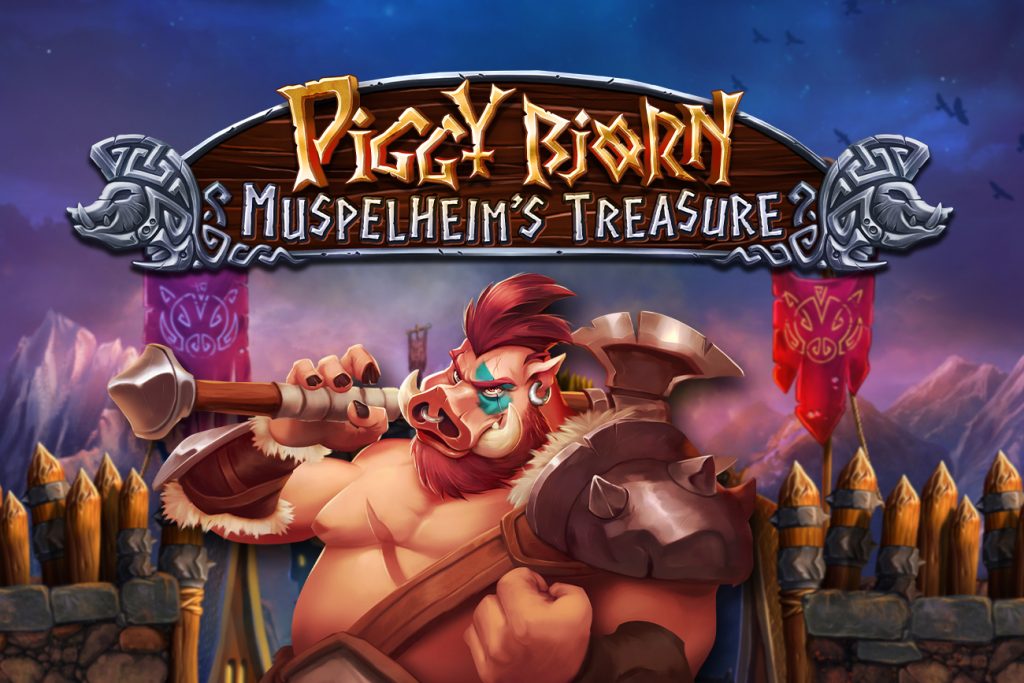 Grab your arms ‘n’ armour and enter the era of Vikings with Piggy Bjorn. Then help him battle it out with the Fire Giant Surtr in the fiery realm of Muspelheim where you can claim huge multipliers and be the richest of all in the land! Piggy Bjorn is a 5x4 reel slot with 50 paylines and expanding reels of up to 6x5 in the Raid Bonus game. In the base game, you will climb up to the Viking’s fortress and join Piggy Bjorn and his army in their search for 3+ Scatters to trigger the Raid Bonus and gain access to Muspelheim. On your way to Muspelheim in the base game, be sure to land a PIGGY COLLECT symbol to win all the PIGGY LOOT cash prizes on screen. Piggy Bjorn is your WILD symbol, which substitutes for all symbols except the Scatter, Mega Scatter, Piggy Loot and Piggy Collect. Landing 3+ Scatters of any combination triggers the RAID BONUS game, which consists of bet multipliers and an array of multiplier boosting features. Triggering the Raid Bonus awards up to 5 Free Spins. SCATTERS award a random feature and MEGA SCATTERS award the Fury Taxes Symbol. At the end of the Raid Bonus, the total multiplier is applied to the current bet amount. If all reels have been filled with symbols in every position an additional Full Reel Bonus of 500x will be added to the total multiplier. There’s no shortage of armour in this hellfire-fighting game. So, pack up your arsenal and prepare to win big with an insane number of features that just keep on multiplying!