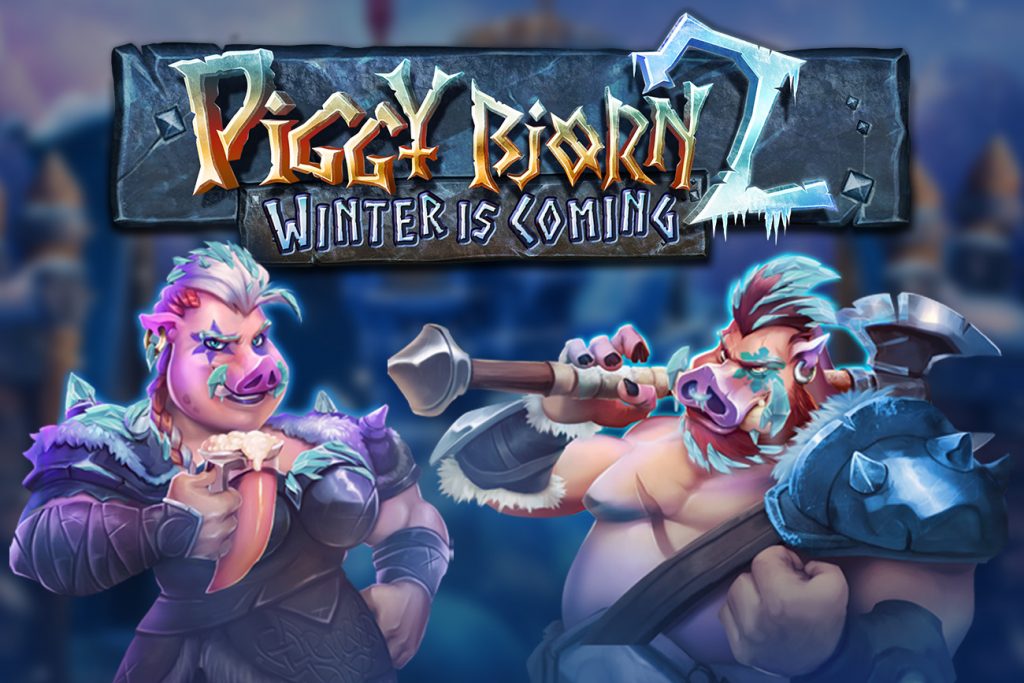 Piggy Bjorn is back from Muspelheim’s Treasure in a new, wintery edition with a greater max win of 80,000x. So, put on your fur cloak and join the overly ambitious Viking in his search for treasure amid a fierce blizzard and transform the icy elements into massive wins. Piggy Bjorn 2 - Winter is Coming is a 5x4 reel slot game that’s jam packed with multipliers, collectors, payers and expanding reels in the Bonus Game up to 6x5. The Base Game is thrilling enough with its Piggy Loot and Snowstorm features. Be sure to land a PIGGY COLLECT symbol to win all the PIGGY LOOT prizes on the reels. Piggy Bjorn is your WILD symbol, which substitutes for all symbols except the Scatter, Mega Scatter, Piggy Loot and Piggy Collect. During the SNOWSTORM, a random number of symbols will freeze and then break out from the ice to reveal a mystery symbol. Landing 3+ SCATTERS of any combination in the base game triggers the RAID BONUS game, which consists of bet multipliers and an array of multiplier boosting features. Triggering the Raid Bonus awards up to 5 FREE SPINS. Scatters award a random feature, and MEGA SCATTERS award the FURY TAXES SYMBOL. At the end of the Raid Bonus, the total multiplier is applied to the current bet amount. If all reels have been filled with symbols in every position, an additional Full Reel Bonus of 500x will be added to the total multiplier. Enough sitting around the campfire. Let’s finish our grog and set off with Piggy Bjorn to battle it out in the mighty winter storm and achieve some well-deserved, enormous wins!