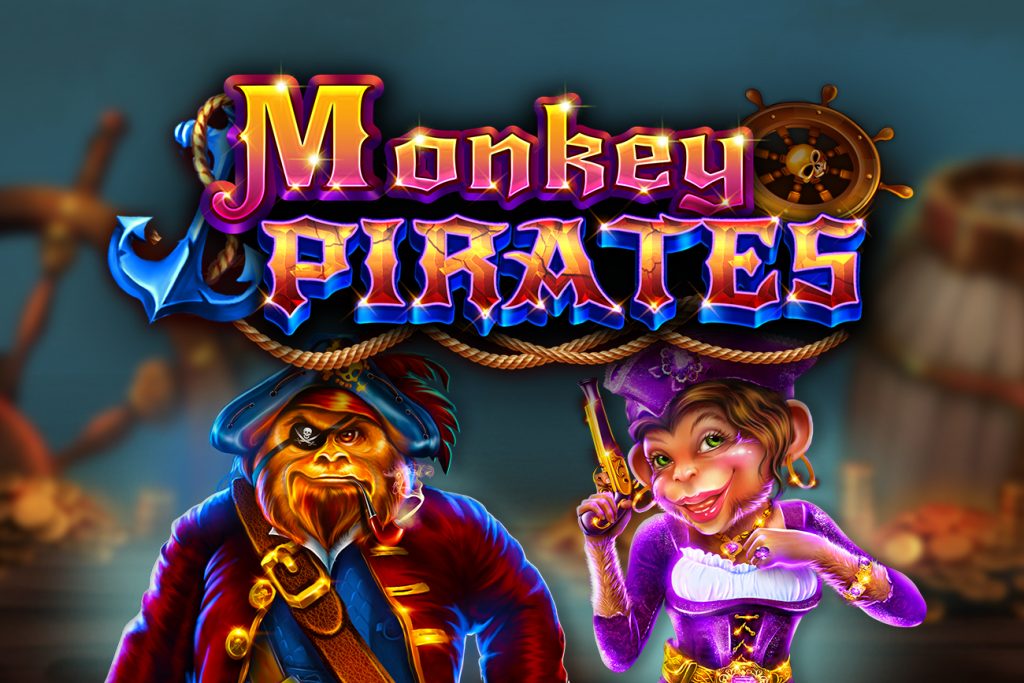 It’s time to take to the high seas with a motley crew of primates in Monkey Pirates from GameArt! Enjoy swashbuckling spinning as you find your sea legs among messages in bottles, compasses, treasure maps and pistols, as the orangutan captain and crew of mandrills and squirrel monkeys keep the boat shipshape. While the captain serves as a Scatter, you’ll want to keep your unpatched eye out for the ape lady pirate, because she’s wild in more ways than one! Arrgh, she’s a Wild substituting for any symbol except the Scatter – and when she appears on reels 2, 3, 4, or 5, a re-spin will be triggered initiating the Walking Wild function, where she’ll move left by one reel, and another re-spin will be triggered. Adding fathoms more depth is a special bonus game before Free Spins, in which you’ll get to pick from 19 choices, with the number of picks being the number of Scatters + 1. You can win a treasure trove of goodies including additional Free Spins, Multiplier Bonuses, Wilds or an additional prize! And, if that wasn’t enough, these monkeys also offer you the chance to gamble ‘all or nothing’ after wins. To the poop deck!