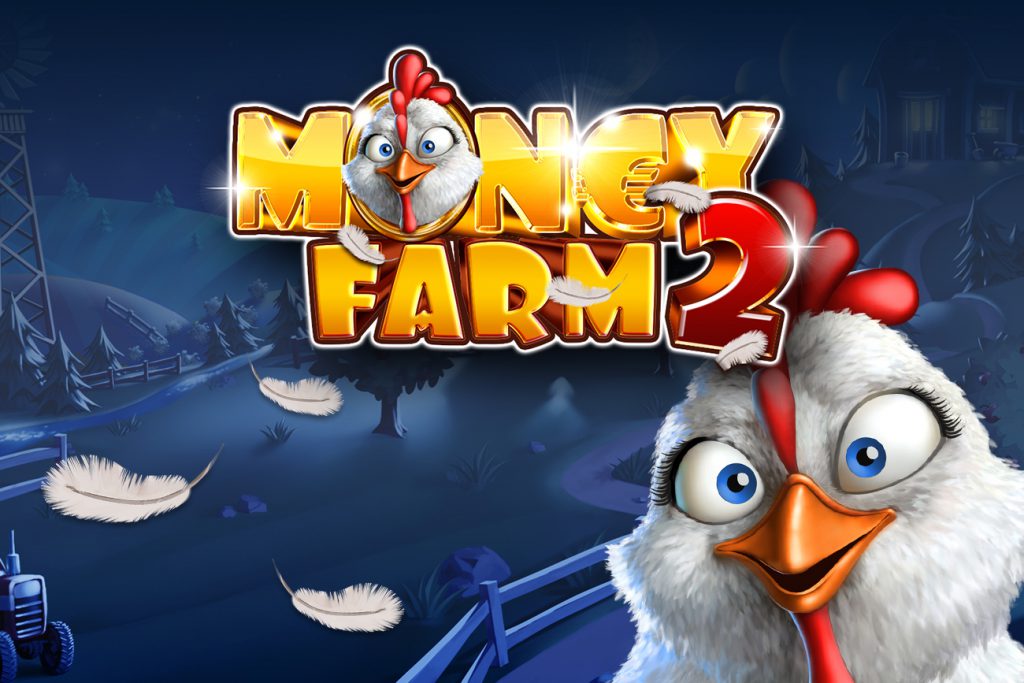 The wild and crazy chicken is back in more animal winning fun with MONEY FARM 2 slot game. The 5 reel – 25 pay line game it’s bringing lots of wild farm filled action during its unique bonus feature where you can play on up to four reel sets simultaneously. Win the bonus feature with three or more Egg symbols or just randomly after every spin. You are awarded 12 free spins that start playing on two reel sets simultaneously. At the end of each spin all Golden Egg symbols are collected and displayed on a counter above the reels. When 9 Golden Egg symbols are collected 3rd reels set is unlocked and the entire reel 5 on all reel sets becomes wild. When 14 Golden Eggs are collected 4th reel set is unlocked and the entire reels 4 and 5 becomes wild on all reel sets. When 30 Golden Egg symbols are collected, the entire reel 3, 4 and 5 becomes wild on all reel sets. Bonus feature cannot be re-triggered during free spins. Let the wild & crazy action begin! If you loved the original, you’re guaranteed to get a kick out of MONEY FARM 2! All the features that made its predecessor a worldwide hit, only with a bunch more goodies thrown in for good measure! Root out the riches, make friends on the farm and it could be you that walks away with the golden egg! Play for free, or bet the farm for bigger wins…no pun intended!