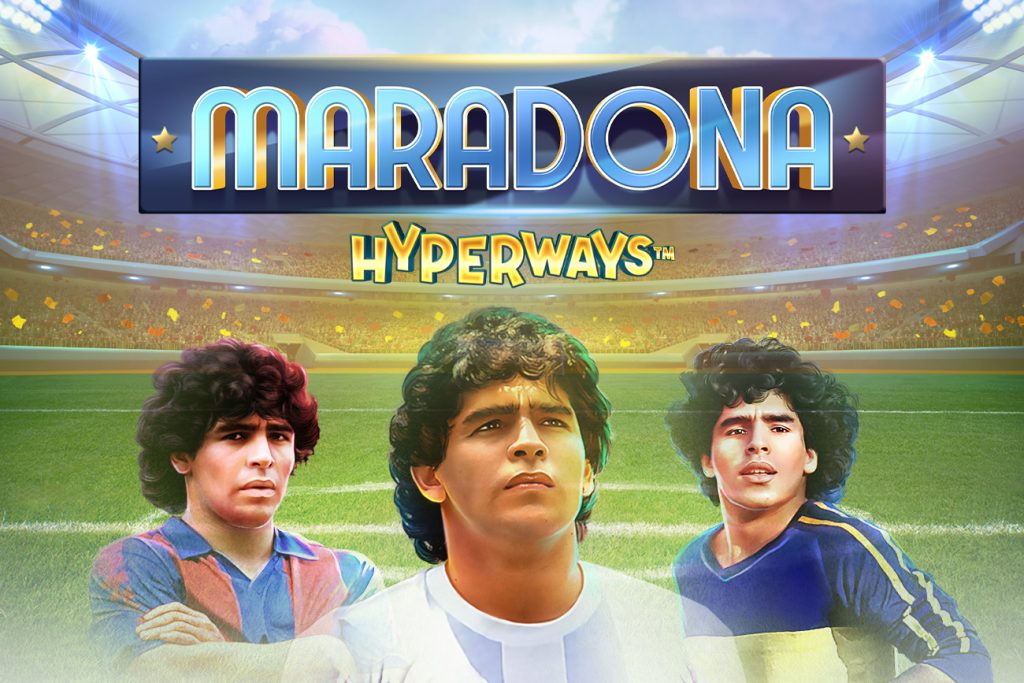 Join us in celebrating the career and achievements of football god Diego Maradona with GameArt’s Maradona HyperWays™, co-produced with AppLoveSoft™. This feature-filled 5x4 reel, high-volatility slot offers players the chance to win up to 15,000x their bet, and up to 60,466,176 ways to win via the HyperWays™ mechanic. Each spin awards a different-ways-to-win combination depending on the total symbol multipliers (up to x9) that land on each symbol. Wins are attained by landing identical symbols on three or more consecutive reels, counted from left to right, and landing multiple symbols on that reel multiplies that win. Simultaneous wins on different win-ways are summed up. During the base game and free spins, the WILD symbol substitutes for all symbols except scatters. The game also features a SCOREBOARD that displays the numbers that will be added to the HyperWays counter of each symbol should a scatter land in a corresponding reel. With Maradona being a free kick specialist, we had to include a FREE KICK feature. It comes in the form of an automatic respin that is triggered by Maradona kicking the ball against the reel. This can happen only in the base game and when a player is one scatter short of free spins. Landing 5 Scatters in the base game triggers eight FREE SPINS. During Free Spins, the Scoreboard is present on every spin and landing Scatters increases the Score up to 5 during each spin. Football fever is rising! So book your seat with GameArt now and join the cheering crowd as you witness Maradona and his iconic free kicks that have been immortalised to help you win your game.