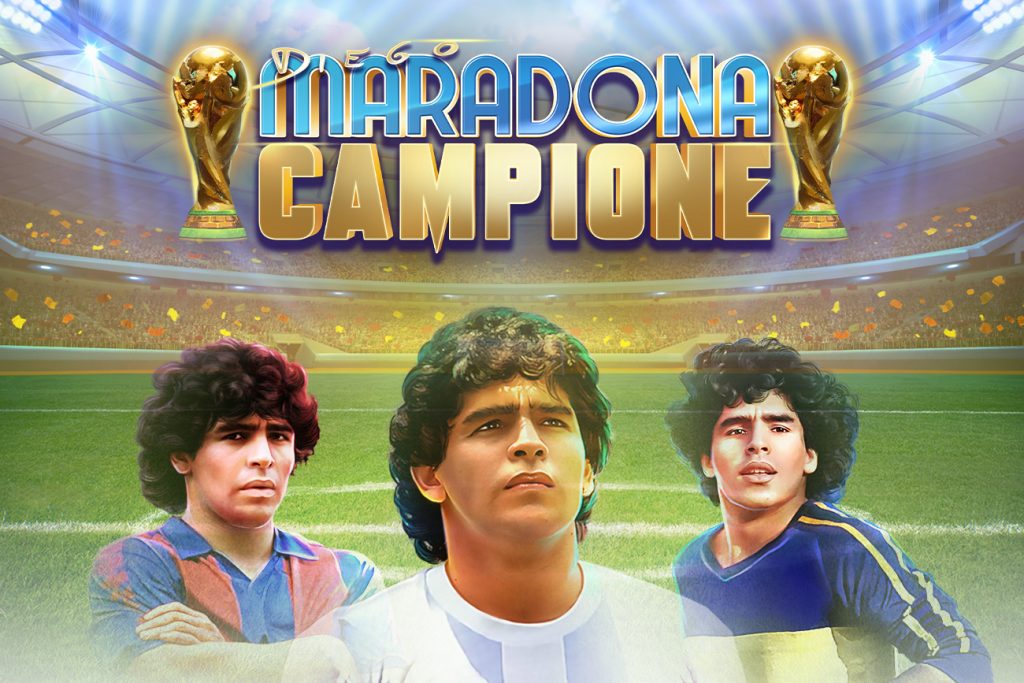 The football legend, Diego Maradona, is back so that you can join us again in celebrating the heroic moments of this world champion with GameArt’s Diego Maradona Campione, co-produced with AppLoveSoft™. Diego Maradona Campione is a 5x3 reel slot game with 10 paylines that pay from left to right and right to left. Features include Free Spins including retriggers, Stacked Wilds, Expanding Wilds, and a Buy Bonus. The football stadium is ablaze with screaming fans while the field is brimming with action as Maradona shows off his fearless tactics to win his many trophies. In fact, you will see numerous trophies fill your screen as they appear on reels 2, 3, and 4, as WILD symbols. There will be even more trophies when a win is possible and Wilds expand over the entire reel, substituting for all symbols except for the Scatter. Talking about the SCATTER, look out for those footballs, which you will want to land three or more of in order to trigger 12 FREE SPINS. And to up your game just a bit more, land another three or more Scatters during free spins to RETRIGGER an additional 12 FREE SPINS up to a maximum of 96. If you’re lucky enough to land a WILD during Free Spins, it will stick and remain on the reels for the entire duration of the Free Spins. The game is about to begin, so book your seat with GameArt now and join the cheering crowd as you witness Maradona performing on the field and scooping his World Cup trophies.