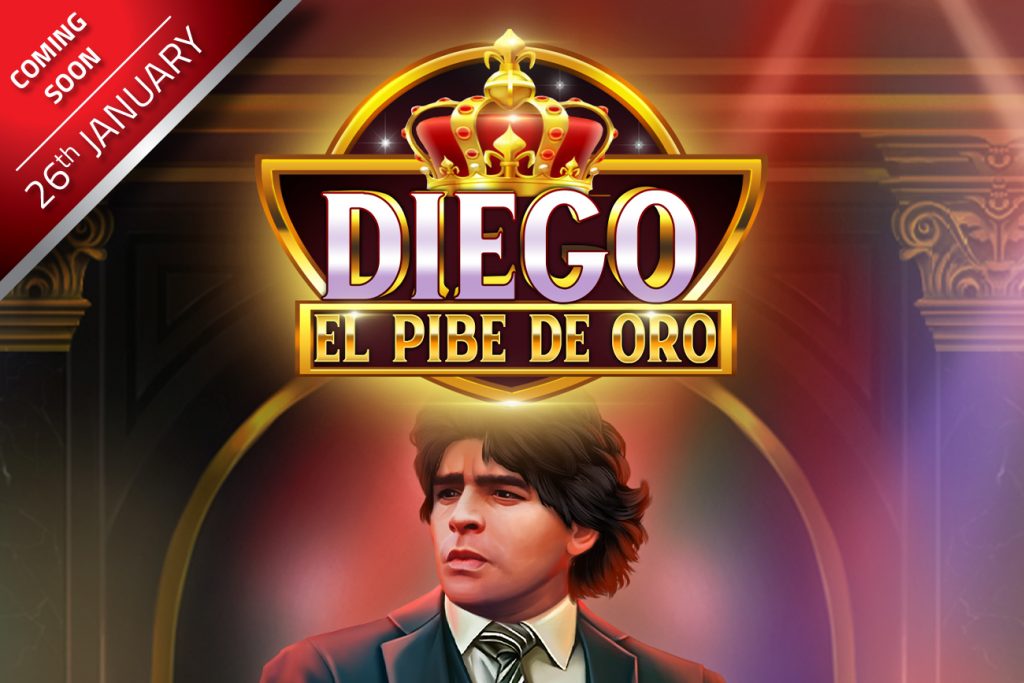 GameArt is proud to announce the release of Diego: El Pibe de Oro, a slot that pays homage to Diego Maradona, one of football’s greatest ever players and one of the world’s biggest personalities. Officially licensed through Applovesoft, it's a game that will resonate with millions of fans around the world. Known for his skills on the pitch and exploits off it, it's time to join the Golden Boy himself for an evening of wealth and glitz. You’ll want to mingle with everyone, but especially Maradona himself, because he’s a SCATTER WILD - and if you land 3 or or more you’ll trigger FREE SPINS. But it gets even better, because when you collect 5 Scatter Wilds in Free Spins, you’ll upgrade the lowest low-paying symbol to a LOW PAY WILD, which will substitute for all symbols except Scatter Wilds, and each upgrade will score you an ADDITIONAL 3 FREE SPINS. So, put on your sharpest suit and most expensive watch, and spend the night playing with the Golden Boy.