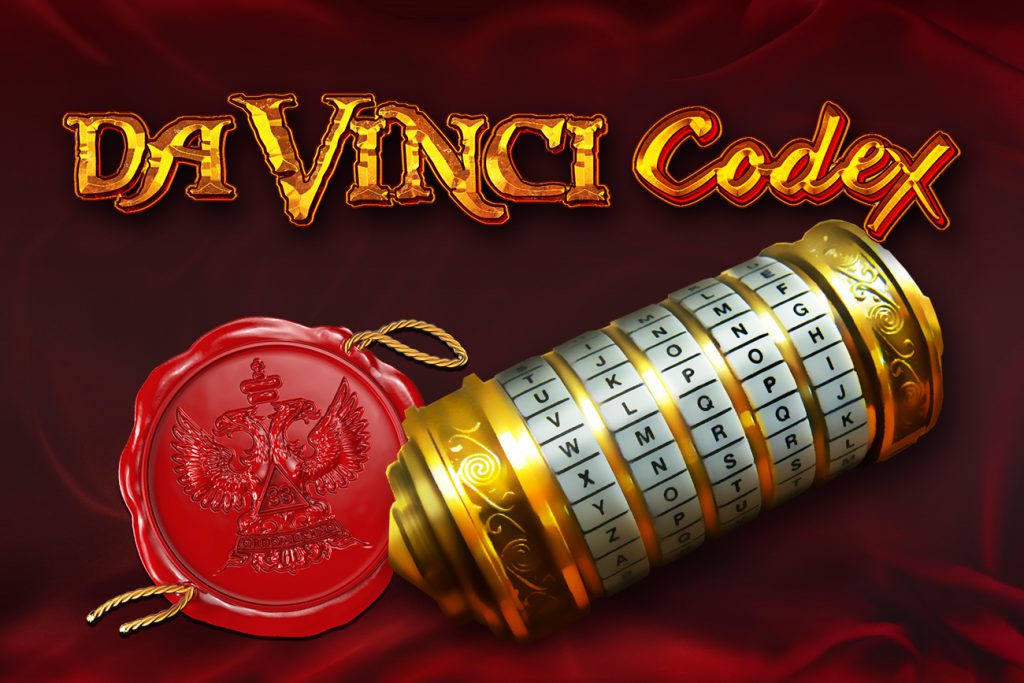 Enter the dark and sometimes mysterious world of Leonardo DaVinci’s greatest inventions and unlock the cryptex to reveal the elusive secret code that will help you win big and conquer in the DAVINCI CODEX slot game. The 5 reel – 100 pay line game offers plenty of wins with the alluring Mona Lisa stacked symbols on a true renaissance cryptex. Enter the bonus feature by spelling VINCI across all 5 reels – you unlock the cryptex and you will be awarded 6 free spins where all the symbols involved in spelling VINCI will morph into Wax Seal symbol and turn WILD for the duration of the free spins bonus feature. Considered one of the greatest minds in all of recorded history, DAVINCI CODEX celebrates both the achievements and the genius of the man himself. The Vitruvian Man is the scatter symbol to watch out for and the only symbol in the game that cannot be substituted by a wild symbol. DAVINCI CODEX is based around the artist’s tendency to encrypt messages in many of his works, leaving countless unsolved mysteries behind after his death. The world may never know some of DaVinci’s secrets – the mission to solve his most complex puzzles continues! In DAVINCI CODEX, players are transported to a world of science, art, and engineering – all shrouded in enticing mystery and secrecy! Play for free, or place real money on the line for the chance to take home a generous cash prize! Get to know the great man and his work from an entirely different angle – try your luck with DAVINCI CODEX today!