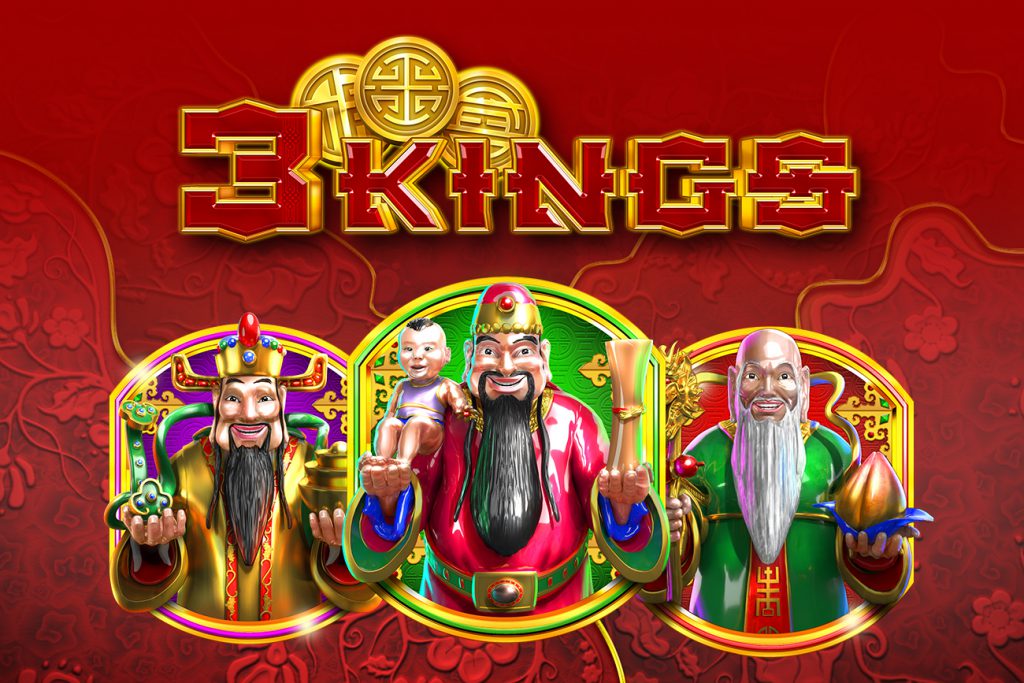 Traditional Chinese empire welcomes you with the 3 KINGS slot game. The 5 reel - 15 pay line game offers constant and exhilarating action together with its wild Dragon and scatter rich Pearl symbols – both being the bonus feature triggers to heighten player engagement. The bonus feature is triggered if the Dragon symbol and/or a Pearl symbol appear on reels 1 and 5 simultaneously, awarding 15 free spins. During free spins a random multiplier (x2, x3, x5 or x10) is selected for each win. Bonus feature can be retriggered during the free spins. Built around some of the most iconic elements of Chinese culture, 3 KINGS is a visual masterpiece! Along with the usual playing card symbols, you’ll want to keep your eyes open for the dragon claw, the golden dragon, and that elusive pearl symbol! All 15 paylines are in play with every spin, with a whopping 2,000x jackpot available for the lucky few! The golden dragon is also the wild symbol, taking the place of all other symbols to help produce winning combinations. Strike it lucky and you could be walking away with a King’s ransom in treasure! 3 KINGS is designed to deliver the perfect balance of simplicity, excitement and the prospect of plentiful payouts! Coin bets are available to suit all budgets and preferences, for an experience further enhanced by striking visuals and an immersive soundtrack! Take a journey through a magical and mystical Eastern empire with 3 KINGS – sign-up and get started now!